Over the past week or so, I’ve been diving into the Ptak Science Books blog entries on anatomical illustrations, a completely amazing, complex, almost frighteningly well researched series.  (Benefits of blogging for a bookstore, I suppose.)  Today I came across BodyMaps, a 3D, 360 degree, annotated, searchable anatomical model of the human body.  Looking at it in the context of Ptak’s curated illustrations, it’s a fascinating next step in the production of laymen-accessible anatomic modeling.

When I was in Pittsburgh, I volunteered at the Carnegie Natural History Museum, as an illustrator.  I worked in the Mollusk Section, drawing insect specimens and shells for the scientists and researchers.  (You can find some of my illustrations over at my Flickr page.)  It was one of my favorite things to do, sitting in the lab after hours with my scope, pens, and specimen tubes label in minute, precise handwriting with the location and date of collection.  Scientific illustration is about precision and accuracy (some species of beetle can only be differentiated by the hair pattens on their legs or the microscopic structure of their genitalia), but there’s a good deal of interpretation that falls to the artist as well.  Audobon’s birds are clear and accurate enough to be matched to individuals in the wild, but they are each also endowed with a lively personality.  In the lab, I spent hours fixated on a dead brown spider pinned to my mat, though I am terrified of the living, skittery things, trying to coax some illusion of life into my drawing.

The drawings highlighted by Ptak are filled with humor, intentional and unintentional, and exquisite detail, the kind that makes my drawing hand hurt.  The artists I worked with at the Carnegie were eager to embrace digital visualization tools like the kind used in BodyMaps, and I’m excited to see how the field of scientific illustration adapts to new technological capabilities and scientific demands.

I’m declaring it.  If you left a comment sometime in the last few months and you weren’t trying to sell me cheap pharmaceuticals, creepy erotica, or designer shoes, I’m sorry.  Your insightful comments are getting swept out the door with the rest of the 30,000 spammy comments I’ve received over the past couple of months.  We’re trying to figure out a solution.  In the meantime, I’m turning comments off to anyone who is not a registered user of Transneptune.

This blog needs a spam-hunting tiger beast. A mean one. 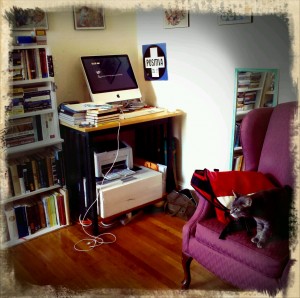